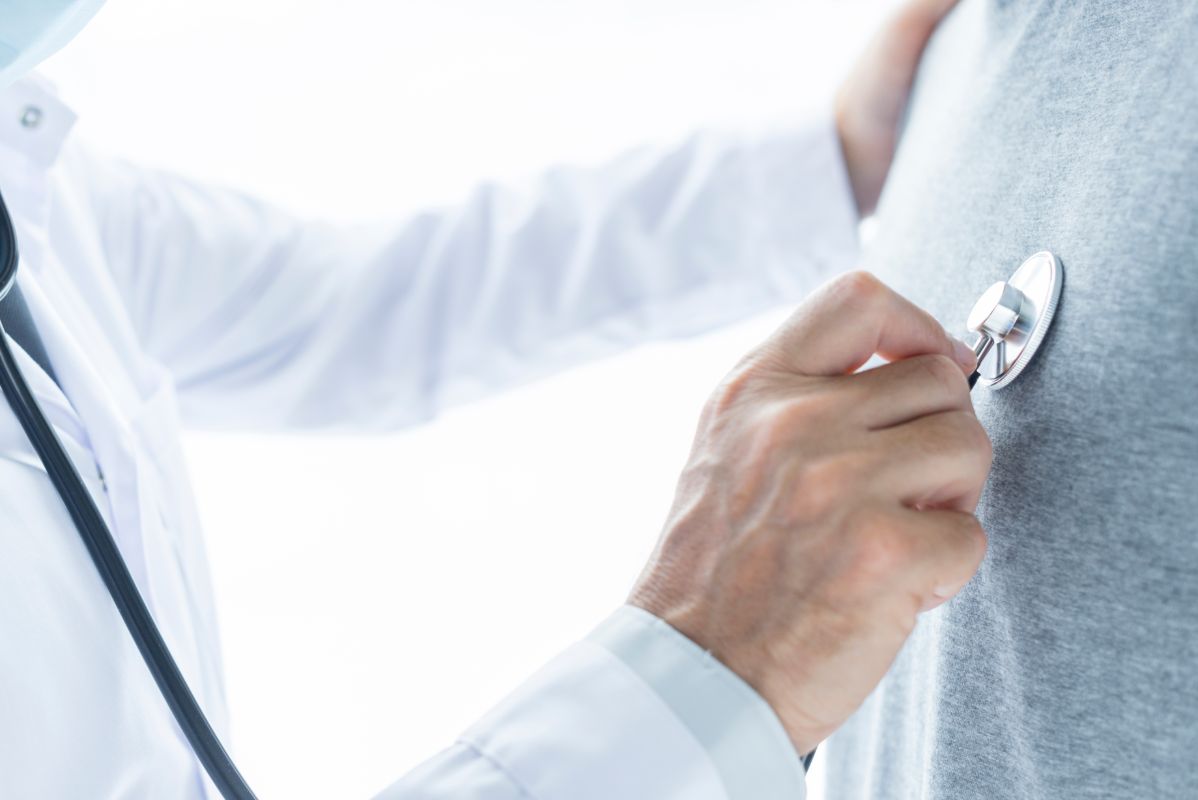 Below are some articles from Dr. John Bach that address his approach to respiratory management for Pompe disease:

Following are excerpts from “Breathe Easy” published in Quest, the MDA magazine, vol. 5, no.5, 1998. These excerpts are from part one of a two-part article. AMDA wishes to thank the Muscular Dystrophy Association for giving us permission to reprint portions of this article.

When most of us think of breathing, we think first about our lungs…. However, lungs can’t do their job without…. the muscles of ventilation…. Progressive weakness of these muscles significantly affects health, mobility, and quality of life. In fact, for people with severe, generalized neuromuscular disease, complications from ventilatory muscle weakness are a major cause of death…

Strategies that keep the airways clear and the lungs free of infection can delay the need for “invasive” mechanical ventilation (tracheostomy tube) in most cases, and even avoid it in others… Respiration includes both ventilation, moving air in and out of the lungs, and the exchange of gases (oxygen and carbon dioxide) between blood and the air.

“Breathing in and coughing out are the two most important medical issues for a person with neuromuscular disease,” says Dr. John Bach, co-director of the MDA clinic at New Jersey Medical School in Newark.

Taking a breath, called inspiration, requires contracting the diaphragm, a sheet of muscle below the lungs that separates the chest from the abdomen. As the diaphragm pulls downward, it causes the chest cavity to expand. Muscles in the rib cage pull the ribs outward, further expanding the chest. As the space inside the chest increases, outside air pushes in to fill the partial vacuum.

One of the most important facts about respiration in neuromuscular disease is that there is nothing wrong with the gas exchange system. “Patients with neuromuscular disease have essentially normal lungs,” says Robert Warren, director of Pediatric Pulmonology Services at Arkansas Children’s Hospital in Little Rock, Arkansas. So, if a person can get air to the alveoli (air sacs) he can get enough oxygen for all his needs. Weakness of the diaphragm and the rib cage muscles interferes with that and is the reason mechanical ventilation may be needed.

Unfortunately, says Greg Carter, co-director of the MDA clinic at Mary Bridge Hospital in Tacoma, Washington, some doctors, and even respiratory specialists, don’t recognize these important differences when they treat people with neuromuscular disease….many physicians still use the confusing term “restrictive lung associated with neuromuscular disease,” implying that the problem is in the lungs themselves. As a result, they may offer therapy designed for obstructive problems (affecting the respiratory system, such as emphysema, cystic fibrosis, cancer, or infection) but not neuromuscular conditions.

Giving Oxygen May Do More Harm Than Good

Bach believes that in neuromuscular conditions, “Perhaps the worst thing we can do for an otherwise healthy patient is to give them oxygen.” The reason giving oxygen may do more harm than good stems from the way the body regulates breathing. High levels of oxygen in the blood suppress the natural drive to breathe, diminishing even further the low rate of gas exchange. This allows carbon dioxide to build up in the blood to dangerously high levels. Supplemental oxygen temporarily hides the problem of under ventilation, but does nothing to solve it. “It’s like putting a Band-Aid on a cancer,” Bach says.

In addition, Carter says that bronchodilators, drugs that expand the airways, are also overused, since again, the problem isn’t obstruction, but an inability to breathe deeply enough to fill and clear the lungs. Carter notes, however, that “some patients with very weak respiratory muscles do occasionally benefit from bronchodilators such as albuterol, because these agents not only dilate the airways but help muscles contract more strongly. Nonetheless, their possible benefits may not outweigh their risks even here, since bronchodilators can also affect the heart rate. Any drug affecting the heart must be used with caution where cardiomyopathy (heart muscle damage) may be a feature of the disease.

Deep breaths fulfill another important function besides supplying air to the lungs – they stretch out the lung tissue and chest wall…..the lungs and chest wall stiffen without regular deep breaths, such as those taken during a yawn or sigh. This stiffening can have serious consequences for the health of the lungs.

Breathing Out and Coughing

During normal expiration or breathing out, the diaphragm relaxes while muscles in the rib cage contract. When a more forceful expiration is required, such as a cough, additional strength is provided by the abdominal muscles. Abdominal weakness can be more important than even diaphragm weakness, because of the crucial role played by coughing in maintaining healthy lungs.

The Importance of Coughing

…the forceful expulsion of air from the lungs during a cough is designed to remove mucus secretions, and removing secretions is the body’s way of preventing infection. Normally, the moist lining of the lungs produces a small amount of clear mucus which traps dirt and bacteria …the mucus is swept slowly up and out of the lungs by tiny hairs on the surface of the cells lining the airways. During infection mucus increases and is cleared by coughing.

Three Factors Can Affect the Ability of a Person With a Neuromuscular Disease to Cough:

A good cough requires a deep breath. If the chest wall has become stiff through under use or scoliosis, a person may not be able…to produce an effective cough. This not only reduces the amount of lung tissue available for gas exchange, but greatly increases the likelihood of more serious infection…

For many people with neuromuscular disease, the beginnings of ventilatory failure come on slowly and may be mistaken for other problems. Shortness of breath, the best known symptom of too little oxygen, may not occur, especially when weakness prevents exertion. Instead, Warren says, the most common symptoms are fatigue, poor sleep, vivid dreams or nightmares, and headaches, especially right after waking. In fact, under ventilation at night is often the first problem, both because the natural urge to breathe is lower during sleep, and because the abdomen pushes up against the diaphragm when a person lies down.

(After) months of under ventilation and inadequate coughing… a crisis can appear, as if from nowhere, causing a life threatening medical situation in which a major airway becomes clogged with mucus and the ventilatory muscles are too weak to cough it out. A respiratory crisis is often set off by an infection of the respiratory tract, especially a chest infection.

In cases of progressive ventilatory weakness, the need for mechanical ventilation may be delayed by a number of measures. The most important are effective coughing and regular deep breaths….below are measures you can take:

People with neuromuscular disease should have their ventilatory function monitored regularly. Bach says, “One of the most important aspects of evaluation for the neuromuscular patient is measuring the vital capacity,” or the total volume of air that can be expelled after an unassisted deep breath. This is done with a simple instrument called a spirometer. He notes that it’s important to measure vital capacity lying down, since it represents the sleeping position, and the first problems usually develop at night.

People who are at risk for ventilatory problems may need to monitor their oxygen levels using a device called an oximeter…  “When vital capacity is less then 1.5 liters, we teach the patient how to ‘stack breaths’ using an Ambu bag (or a ventilator if one is already being used).” An Ambu bag has a mask that fits over the mouth and nose and a flexible bag that forces air into the lungs when it’s squeezed. It’s a sort of handheld ventilator.

“What air stacking involves is taking a breath and holding it, and taking a second breath on top of that and trying to hold that, and putting as much air into the lungs as possible. We then have the patient exhale that air into the spirometer, and that is the patient’s maximum insulation capacity,” or the maximum volume of air that the lungs can hold. “The greater the maximum insufflation capacity, the greater the patient’s ability to cough.”

Whether the person has the strength to cough is a separate question, addressed by a different test.

“We use a peak cough flow meter and have our patient cough as hard as he can, and we measure the flow of air,” Bach says. Peak flows above 6 liters per second are usually sufficient to prevent mucus plugging. When the flows are lower, manually or mechanically assisted coughing is usually needed during a respiratory infection.

Finally, Bach recommends that people with neuromuscular disease who are at risk for ventilatory problems use a portable measuring device called an oximeter to monitor the level of oxygen in the blood. “Normal is 95 percent to 98 percent oxygen saturation,” Bach says. “If it falls below that you should be thinking one of two things: there’s a mucus plug or you are under ventilating. If you neglect these problems” he cautions, “you can end up with pneumonia or collapse of your alveoli and develop acute respiratory failure.”