A year ago today [April 29, 2004] our son, John, passed away from Pompe Disease.  He was four years old.  Most of you will not recognize his name, but you all should know who he is.  John was patient 101 – the first person to receive the CHO Enzyme Replacement Therapy (ERT) developed by Dr. Y. T. Chen and his staff at Duke University.

John was diagnosed at ten weeks in April 1999.  We were told that there was no treatment available and that he would die before his first birthday.  During this period, Duke was preparing to begin their ERT study for Pompe Disease.  John was accepted into the study as their first patient.

He did well the first 12 weeks of the study and we were hopeful that the treatment was working.  Unknown to us at the time, though, John’s body had slowly begun developing an anti-body response to the ERT – instead of absorbing the enzyme and getting stronger, his body rejected it.  During our stay at Duke, he developed a severe pneumonia and became ventilator dependent.

We eventually returned to Chicago in April 2000 where John’s care was transferred to Childrens Memorial Hospital.  John was ventilator dependent, G-tube fed, and used a power wheelchair.  Over the next two years we made numerous attempts to improve the effectiveness of the ERT and to combat the anti-body response.  Unfortunately, we faced constant setbacks due to infections, complications arising from his physical disabilities, and since John was the first to receive this treatment, the medical unknown.

Although John was physically disabled, Pompe Disease did not diminish his mind or his spirit.  John was a “frequent flyer” at Childrens, and in our years there, he managed to charm most, if not all, of those he met.  While he couldn’t talk, he was very vocal and expressive.  He had an indomitable spirit and a wonderful stubbornness about him.  John was in every way a typical little boy.

In May 2002 we realized that the ERT was not improving John’s condition, but instead just prolonging his life.  His physical condition continued to deteriorate.  We decided to withdraw him from the study and stop the ERT.  After going to the hospital for so long, it was time to spend time at home as a family.

When you know you have a finite time with someone, you truly cherish each day.  We were blessed with almost four and a half years with John.  We made sure he did everything a little boy should do;  from going to the movies and museums to driving his power chair on the lakefront and at Lincoln Park Zoo.  He loved wheeling around our neighborhood, especially if it included a stop at his grandparent’s house, and spending countless days in our backyard swinging in his swing or playing in his pool.  John loved books and videos, finger-painting, and music.

John was always surrounded by family and friends.  Our house was full of teachers and therapists and a home nurse who was devoted to him.  We all knew that this couldn’t last forever, but everyone always seemed to get more from John than they could give him.  People were moved by his determination.  They absorbed his spirit.  He was innocent and yet so very brave.  Inevitably, though, John became weaker as the disease took its course and after three tough weeks at the end, he passed away at home.

We miss John every day, but we take comfort in knowing that he is at peace now.  That he lived and died surrounded by family and friends who loved him.  That through John, we learned to cherish the joy a child can bring and the beauty found in things every day.

While the ERT was unsuccessful for John it has been successful for other children.  We hope that more is learned with each study.  Every study learns from the previous one, and they all started with John.  Please remember John, and the other children who participated in the studies and have passed away, in your thoughts.  They are the true heroes in this fight against Pompe Disease.  We owe it to them that they are not forgotten. 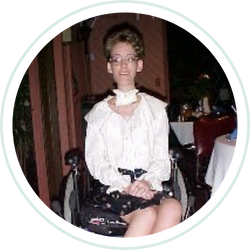 This is the story of me from before I was diagnosed with Pompe’s disease.  I hope this helps to enlighten the medical community as well as other... 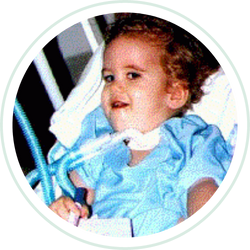 Our son Luke, the youngest of four children, was diagnosed with Pompe’s Disease at 5 months of age. He had a very normal birth and development but... 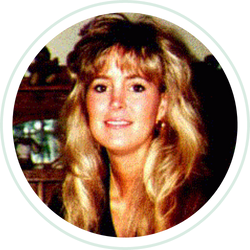 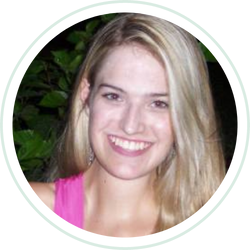 December 2004 Several months ago, I was given the opportunity to write a paper about an experience that changed my life. I wrote about being...

I was diagnosed in 1991 at age 22 with AMD. I also have a sister who is severely affected by the disease. She was diagnosed 13 years ago at age 20. In college, I began to notice that it was getting difficult to walk upstairs. I would get very winded, and my muscles...

December 2004 Several months ago, I was given the opportunity to write a paper about an experience that changed my life. I wrote about being diagnosed with Pompe’s disease. I found that writing about my experiences was a good experience for me. To read this paper,...

At 16 years of age, Robin was an accomplished violinist and had just won a major regional competition when she came down with flu symptoms. Severe fatigue and weakness followed, and she could no longer attend school. A year later she was finally diagnosed with AMD....